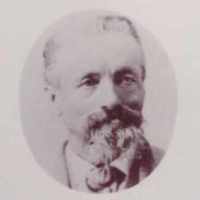 The Life Summary of Francis Greenwood

When Francis Greenwood Broadbent was born in 1839, in Lancashire, England, United Kingdom, his father, William Broadbent, was 28 and his mother, Mary Greenwood, was 28. He married Sarah Frances Steers on 24 December 1860, in Salt Lake City, Salt Lake, Utah, United States. They were the parents of at least 6 sons and 3 daughters. He lived in Ashton-under-Lyne, Lancashire, England, United Kingdom in 1841 and Mason, Kentucky, United States in 1850. He died on 23 April 1917, in Leavitt, Cardston, Alberta, Canada, at the age of 78, and was buried in Leavitt, Cardston, Alberta, Canada.

Put your face in a costume from Francis Greenwood's homelands.

Transcribed from Hyrum Broadbent’s recorded testimony: About this time [1918] I was assigned to an advanced transport section. Our job was to keep ammunitions up to the front lines for the machine …