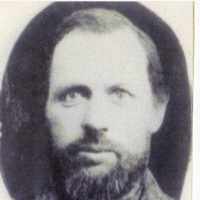 The Life Summary of John Niels

Put your face in a costume from John Niels's homelands.

John Babcock was born 11 Nov 1842 in Nauvoo, Hancock County. His parents were Reodolphus and Jerusha Babcock. John was the 4th son of 8 children. He was five years old when the family left for Wint …