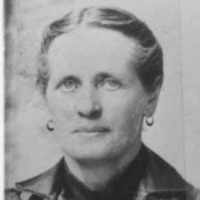 The Life Summary of Ingeborg Elizabeth

Put your face in a costume from Ingeborg Elizabeth's homelands.

Lists all family members living at each residence, including year & place of birth, position in the family, marital status etc.

Elizabeth Isabelle "Lizzie" Jacobson Pulsipher Lizzy came to America with her parents from Norway in 1863. Once in America they crossed the plains in a wagon train headed west. They arrived …