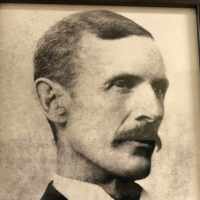 The Life Summary of Edward Martin

When Edward Martin Allison Sr. was born on 9 March 1837, in Thorganby, Yorkshire East Riding, England, United Kingdom, his father, Robert Allison, was 48 and his mother, Mary Ruler, was 37. He married Eliza Andrea Josephine Marie Bruun on 3 July 1862. They were the parents of at least 6 sons and 6 daughters. He lived in Ellerton, Yorkshire East Riding, England, United Kingdom in 1851 and Coalville, Summit, Utah, United States in 1880. He died on 1 October 1912, in Ogden, Weber, Utah, United States, at the age of 75, and was buried in Ogden, Weber, Utah, United States.

Put your face in a costume from Edward Martin's homelands.