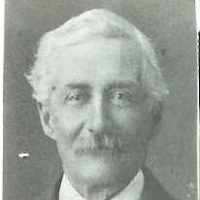 The Life Summary of Amos Moses

Put your face in a costume from Amos Moses's homelands.

English: status name from Middle English virgin(e), virgen ‘young, unmarried woman’ (Old French virgin(e), virgene), all variants of virge from Latin virgo. See Virgo .Swedish: probably a cognate of German name in 3 below. However, at least in one case this is, according to family tradition, a habitational name derived from the name of the village Verchen in northern Germany.German: variant of Vergin .

The Life of ELIZABETH EMMA BARKER MICHAELSON As told to her Grandchild (author unknown) She was a younger sister of Mercy Truth Barker Keetch.

You are reading Grandmother's own story told in her own words and in her own way, just as she told it to me on the occasion of a very pleasant visit which I had with her. In telling the story grandmo …