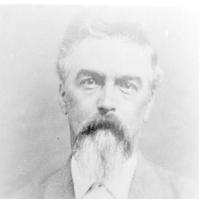 The Life Summary of Robert Campbell

Put your face in a costume from Robert Campbell's homelands.

Robert Campbell Kirkwood, a handcart pioneer and an early settler to Provo, built homes on 400 West for his three wives. The first wife, Mary Mathews Kirkwood, lived at 445 South 400 West. This origin …