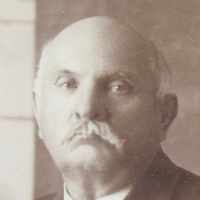 A History of Samuel Allred

SAMUEL ALLRED, the son of Isaac and Mary Henderson Allred, was born 3 June 1851 in Pottawattomia Co., Iowa, at a place called "Pidgeon Hollow." This place was 15 miles south of Council Bluffs. His b …