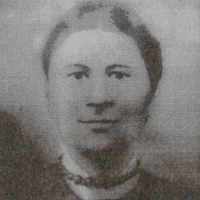 Sarah McCann was born 20 November 1849 in St. Joseph, Buchanan, Missouri to Thomas Ravenhill and Sarah Shirley Johnston McCann. She was baptized into the Church of Jesus Christ of Latter-day Saints …