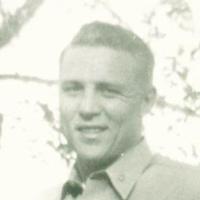 The Life of Gene Bryant

Put your face in a costume from Gene Bryant's homelands.

Voters chose a council-manager form of government in Provo.
1958 · The First U.S. Satellite in Space

1 English: topographic name for someone who lived near a stone cross set up by the roadside or in a marketplace, from Old Norse kross (via Gaelic from Latin crux, genitive crucis), which in Middle English quickly and comprehensively displaced the Old English form crūc ( see Crouch ). In a few cases the surname may have been given originally to someone who lived by a crossroads, but this sense of the word seems to have been a comparatively late development. In other cases, the surname (and its European cognates) may have denoted someone who carried the cross in processions of the Christian Church, but in English at least the usual word for this sense was Crozier .2 Irish: reduced form of McCrossen .3 In North America this name has absorbed examples of cognate names from other languages, such as French Lacroix .