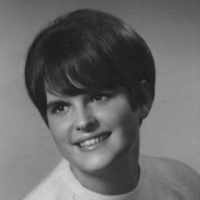 The Life of Vonnie Susan

When Vonnie Susan Black was born on 20 August 1949, in Dayton, Columbia, Washington, United States, her father, James Howard Black, was 23 and her mother, Myrtle Bernice Moriarty, was 24. She married Craig T Call on 1 September 1971, in Idaho Falls, Bonneville, Idaho, United States. She lived in Las Vegas, Mérida, Venezuela in 2014. She died on 6 February 2014, at the age of 64.

Put your face in a costume from Vonnie Susan's homelands.

The Twenty-fifth Amendment clarifies that when a President can't fulfill his role as President, the Vice President becomes President. He may do so only If the president dies, resigns, or is removed from office.