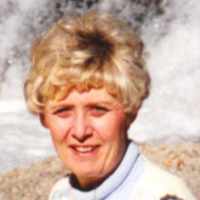 The Life of Geraldine

Put your face in a costume from Geraldine's homelands.

The first airline out of Logan was Western Airlines which helped connect Logan to the Western United States. It was used as the headquarters for Transwestern Airlines in 1976 and was given to the city to run in 1992. It is the Focus city for Gem Air, Ameriflight, UPS, FedEx, and other privately-owned fights.
1947 · The Presidential Succession Act

The Presidential Succession Act is an act establishing the presidential line of succession. This was a precursor for the Twenty-fifth Amendment which outlines what is to happen when a President is killed, dies, or is unable to fulfill the responsibilities of President.
1961 · The Twenty-Third Amendment

English: patronymic from Watt . This surname is also well established in South Wales.