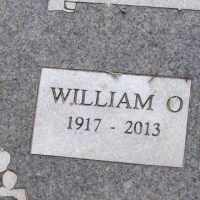 Put your face in a costume from William Oslen's homelands.

1923 · Oil is Discovered on the Navajo Reservation

Oil was discovered on the Navajo Reservation in the 1920's. The Navajos did not want to lease any of the land towards the exploration for oil and gas. They were soon made a deal that they would be hired for all unskilled work if they would lease the land and, reluctantly, they gave in. Albert Fall, a Senator from New Mexico and was extremely hostile towards Indian rights.

Caused by the tensions between the United States and the Empire of Japan, the internment of Japanese Americans caused many to be forced out of their homes and forcibly relocated into concentration camps in the western states. More than 110,000 Japanese Americans were forced into these camps in fear that some of them were spies for Japan.
English:1. habitational name from various places, for example Chipping (High) Barnet, East Barnet, and Friern Barnet in Greater London, named with Old English bærnet ‘place cleared by burning’ (a derivative of bærnan ‘to burn’, ‘to set light to’). 2. from a medieval personal name, a variant of Bernard .