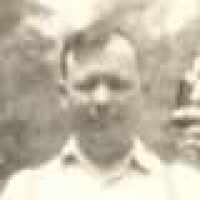 Put your face in a costume from Frederick Gibson's homelands.

The Prohibition Era. Sale and manufacture of alcoholic liquors outlawed. A mushrooming of illegal drinking joints, home-produced alcohol and gangsterism.
1 English (common in Northumberland and the Scottish Borders): Middle English nickname for someone who was strong in the arm.2 Irish: adopted as an English equivalent of Gaelic Ó Labhradha Tréan ‘strong O’Lavery’ or Mac Thréinfhir, literally ‘son of the strong man’, both from Ulster.