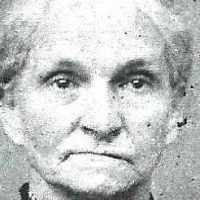 When Caroline Muller was born on 16 October 1838, in Neckartailfingen, Esslingen, Baden-Württemberg, Germany, her father, Georg Adam Muller, was 42 and her mother, Anna Marie Knell, was 37. She married Ruel Ruggles Warren on 14 March 1858. They were the parents of at least 3 sons and 7 daughters. She died on 27 September 1910, in Buffalo, Erie, New York, United States, at the age of 71, and was buried in Buffalo, Erie, New York, United States.