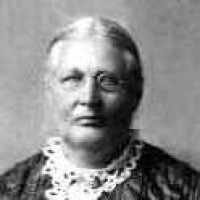 The Life Summary of Cornelia Elmina

Put your face in a costume from Cornelia Elmina's homelands.

Irish and Scottish: Anglicized form of Gaelic Ó Ceannéidigh ‘descendant of Ceannéidigh’ (from ceann ‘head’ + éidigh ‘ugly’); or from the Scottish Gaelic Mac Cinnèidigh, consisting of mac ‘son’ with an equivalent name. Compare Canaday , Cannady , Cannedy , Kannady , and Kenedy .History: Kennedy ancestral lands are found both in Ireland and in Scotland, where the family's medieval ancestral seat is sited on the Ayrshire coast, facing the Irish Sea. — The great-grandparents of President John Fitzgerald Kennedy (1917–63) came to North America as immigrants from Ireland in the 1840s. His paternal great-grandparents were Patrick Kennedy (1823–58), born in Dunganstown, County Wexford, Ireland, and Bridget Murphy, who was born probably in Owenduff, County Wexford, Ireland c. 1827; they came to Boston, MA, in 1849. His maternal great-grandparents were Thomas Fitzgerald (1823–85), who was born in Bruff, County Limerick, Ireland, and Rose Anna Cox, who was born probably in Tomregan or Kinawley, County Cavan, Ireland, c. 1835; they came to Boston, MA, in 1857. — An early Scottish Kennedy forebear of a quite different family was British colonial official Archibald Kennedy (1685–1763), the son of Alexander Kennedy of Craigoch, who emigrated to NY c. 1710.

CORNELIA ELMINA KENNEDY WAS BORN NOV. 4TH 1844 IN NAVUOO, ILLINOIS. HER MOTHER WAS HULDA ELVIRA CLARK. HER FATHER WAS CHARLES KENNEDY AN ADOPTED SON OF BRIGHAM YOUNG AND BODY GUARD OF THE PROPH …