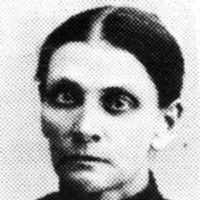 The Life Summary of Mary Bratton

Put your face in a costume from Mary Bratton's homelands.

A Biographical Sktch of the Life of Joseph W. Linford by his daughter Eliza M Denio

, A BIOGRAPHICAL SKETCH OF THE LIFE OF JOSEPH W.LINFORD, by his daughter Eliza M. Denio Joseph W. Linford was born March 30, 1842 at Gravely, Cambridgeshire, England. He was the fourth so …