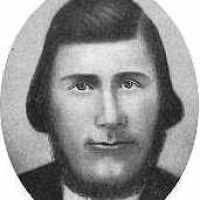 The Life Summary of Alfred Nelson

Put your face in a costume from Alfred Nelson's homelands.

William Haines Hamblin was born at Bainbridge Ohio October the 28th 1830. William lived at home with his parents until the age of 15. About this time as the saints were being driven out of Missouri an …