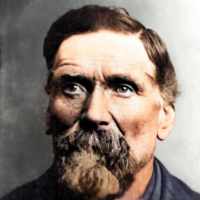 The Life Summary of William Mitchell

Put your face in a costume from William Mitchell's homelands.

Hannah Clarke and her story

Hannah came from England in 1856. Her and her family including her father, George Clarke, and mother, Mary Ann Mitchell, and 2 siblings William and Charlotte, came across on a boat called the Enoch Tr …