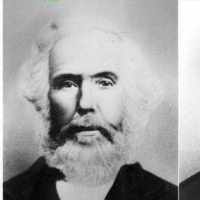 The Life Summary of Joseph Price

When Joseph Price Jones was born on 12 August 1815, in Picton, Flintshire, Wales, his father, Edward Jones, was 51 and his mother, Mary Brooks Price, was 50. He married Jane Hughes Parry on 29 September 1850, in St Nicholas, Liverpool, Lancashire, England, United Kingdom. They were the parents of at least 7 sons and 4 daughters. He lived in Picton, Flintshire, Wales, United Kingdom for about 36 years and Cass Township, Schuylkill, Pennsylvania, United States in 1860. He died on 27 December 1888, in Wellsville, Cache, Utah, United States, at the age of 73, and was buried in Wellsville Cemetery, Wellsville, Cache, Utah, United States.

Put your face in a costume from Joseph Price's homelands.