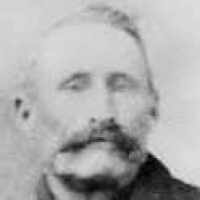 The Capitol was located in Iowa City until the 1st General Assembly of Iowa recognized that the Capitol should be moved farther west than Iowa City. Land was found two miles from the Des Moines River to start construction of the new building. Today the Capitol building still stands on its original plot.
1865

This story was shared in a Daughters of Utah Pioneers Camp meeting, Franklin County, Idaho. Hyrum Rose's parents Wesley Rose and Maria Gates, had accepted the gospel in Canada and gathered with t …