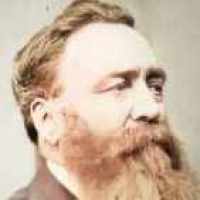 Scottish: habitational name perhaps from a lost or unidentified place, although possibly brought to Scotland from one or more of the English Brintons under 2 below.English: habitational name from Brinton in Norfolk, named in Old English as Brȳningtūn ‘settlement (Old English tūn) associated with (-ing-) Brȳni’ (a personal name based on Old English bryne ‘fire, flame’), or from any of various other places with names of the same origin, such as Brineton in Staffordshire, Great Brington in Essex, Brimpton in Berkshire, Brimington in Derbyshire, Brenton in Devon, Brington in Cambridgeshire or (Great and Little) Brington in Northamptonshire.History: William Brinton (1635–99) came from Staffordshire, England, to West Chester, PA, in 1684–85.

DAVID BRINTON AND HARRIET WOLLERTON DILWORTH David Brinton and his wife, Harriet Wollerton Dilworth, were Utah pioneers of the year 1850. David, son of John Brinton and Priscilla Branson, was bor …