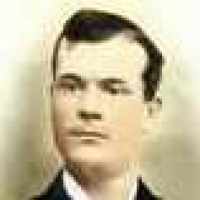 The Life Summary of Hamilton Monroe

Put your face in a costume from Hamilton Monroe's homelands.

Scottish and English: variant of Wallis , especially in Scotland, where the name was introduced from the Welsh Marches by a family of tenants of the Stewarts in the 12th century.Americanized form of various like-sounding Jewish (Ashkenazic) surnames, e.g. Wallach .