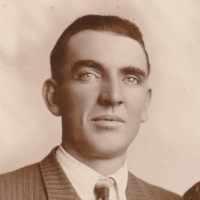 The Life of Pedro

When Pedro Tonna Ungari was born on 4 August 1905, in Tomás Gomensoro, Artigas, Uruguay, his father, José Tonna, was 52 and his mother, Anunciata Constantina Ungari, was 40. He married Maria Luisa Menoni Ugolini on 26 December 1925, in Tomás Gomensoro, Artigas, Uruguay. They were the parents of at least 4 sons and 1 daughter. His occupation is listed as capatáz en el espinillar in Salto, Uruguay. He died on 9 August 1992, in Montevideo, Montevideo, Uruguay, at the age of 87, and was buried in Libertad, San José, Uruguay.

Italian: metronymic from the medieval personal name Donna, from the appellative and title of respect meaning ‘mistress’ (from Latin domina).