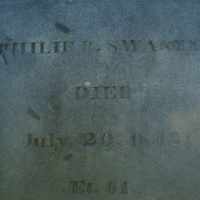 The Life of Philip Babson

Put your face in a costume from Philip Babson's homelands.

Serving the newly created United States of America as the first constitution, the Articles of Confederation were an agreement among the 13 original states preserving the independence and sovereignty of the states. But with a limited central government, the Constitutional Convention came together to replace the Articles of Confederation with a more established Constitution and central government on where the states can be represented and voice their concerns and comments to build up the nation.
1788 · New Hampshire Helps Ratify the US Constitution

On June 21, 1788, New Hampshire became the ninth and final state needed to ratify the US Constitution and make it the official law of the land
1800 · Movement to Washington D.C.