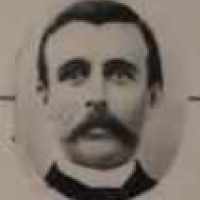 The Life of Temple Clarence

Put your face in a costume from Temple Clarence's homelands.

"In 1851, Maine outlawed the sale of alcohol, allowing exceptions only for ""medicinal, mechanical, and manufacturing purposes"". This made Maine the first state to experiment with prohibition. Neal Dow, mayor of Portland, believed that alcohol was linked to slavery and was also convinced by the Christian temperance movement. Dow ran into problems later for his anti-immigration rhetoric against the Irish, and also for breaking his own prohibition laws; although not a designated ""purchaser"", Dow personally purchased alcohol to distribute to local doctors, violating a technicality. As the citizens turned against him, Dow eventually ordered soldiers to fire on protesters. This marked a sharp decline in Dow's political career, and the Maine Law was repealed by 1856. Aspects of the law would remain in tact, however, and ultimately paved the way for the 18th Amendment, which prohibited alcohol on the national level."
1863

Scottish: apparently from the feminine form of Hunter .