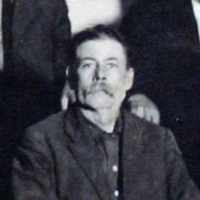 The Life of Isham Marion

Put your face in a costume from Isham Marion's homelands.

English: occupational name for a burner of charcoal or a gatherer or seller of coal, from Middle English cole ‘(char)coal’ + the agent suffix -(i)er.

After some research and help from others I now have a list of the men who served on this jury. Unfortunately, I do not know which name to attach to the faces. I.M. Collier W.H. Rich F.M. Hall J …