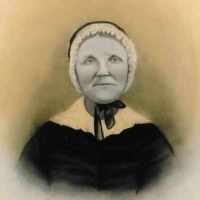 The Eleventh Amendment restricts the ability of any people to start a lawsuit against the states in federal court.
1815

The defeat of Napoleon Bonaparte at Waterloo marks the end of the Napoleonic Wars. Napoleon defeated and exiled to St. Helena.
1818

1 English: metonymic occupational name for a grower or seller of beans, from Old English bēan ‘beans’ (a collective singular). Occasionally it may have been applied as a nickname for a someone considered of little importance.2 English: nickname for a pleasant person, from Middle English bēne ‘friendly’, ‘amiable’ (of unknown origin; there is apparently no connection with Bain or Bon ).3 Scottish: Anglicized form of the Gaelic personal name Beathán, a diminutive of beatha ‘life’.