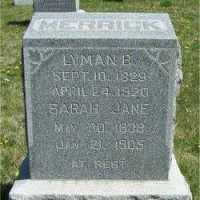 The Life of Lyman Beecher

Put your face in a costume from Lyman Beecher's homelands.

"The Black Hawk War was a brief conflict between the United States and Native Americans led by Black Hawk, a Sauk leader. The war erupted soon after Black Hawk and a group of other tribes, known as the ""British Band"", crossed the Mississippi River, into Illinois, from Iowa Indian Territory in April 1832. Black Hawk's motives were ambiguous, but records show that he was hoping to avoid bloodshed while resettling on tribal land that had been given to the United States in the 1804 Treaty of St. Louis."
1856 · The Largest Map Company in the World

1 Welsh: from the Welsh personal name Meurig, a form of Maurice, Latin Mauritius ( see Morris ).2 English: from an Old French personal name introduced to Britain by the Normans, composed of the Germanic elements meri, mari ‘fame’ + rīc ‘power’.3 Scottish: habitational name from a place near Minigaff in the county of Dumfries and Galloway, so called from Gaelic meurach ‘branch or fork of a road or river’.