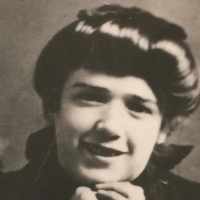 The Life of Florence Rebecca

Put your face in a costume from Florence Rebecca's homelands.

Taken from the book "MADS CHRISTIAN JENSEN 1600-1960 Eleven Generations" Sarah Jensen Wilde was born October 26, 1855 in Ogden, Utah, the daughter of Mads C. and Maren Jensen. While she was still sma …