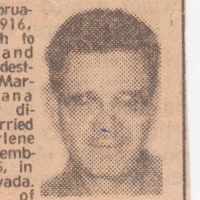 The Life of Melvin J

Put your face in a costume from Melvin J's homelands.

1 English and French: from a medieval personal name of which the original form was Latin Aegidius (from Greek aigidion ‘kid’, ‘young goat’). This was the name of a 7th-century Provençal hermit, whose cult popularized the name in a variety of more or less mutilated forms: Gidi and Gidy in southern France, Gil(l)i in the area of the Alpes-Maritimes, and Gil(l)e elsewhere. This last form was taken over to England by the Normans, but by the 12th century it was being confused with the Germanic names Gisel, a short form of Gilbert , and Gilo, which is from Gail (as in Gaillard ).2 Irish: adopted as an Anglicized equivalent of Gaelic Ó Glaisne, a County Louth name, based on glas ‘green’, ‘blue’, ‘gray’.