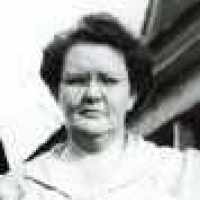 The Life of Helen Bell

Put your face in a costume from Helen Bell's homelands.

The Atlanta Race Riot of 1906 occurred on the evening of September 22 through September 24. A newspaper reported the rapes of four white women by African American men. Fueled by pre-existing racial tensions, these reports enraged white men who then arranged gangs to attack African American men. Over the next few days, several thousand white men joined in and in the end, 26 people were killed and many were injured.
1927

1 Americanized spelling of Norwegian Bekkum, from the dative plural case of bekk ‘stream’, hence a topographic name for someone who lived ‘by the streams’.2 Possibly a variant spelling of English Beckham .