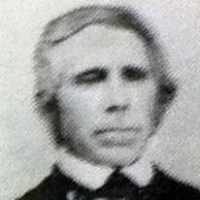 The Life of Elliot

Put your face in a costume from Elliot's homelands.

The Eleventh Amendment restricts the ability of any people to start a lawsuit against the states in federal court.
1802 · Brass is Discovered

"In 1802, brass was identified in Waterbury, Connecticut. This gave the city the nickname ""The Brass City."" Brass dominated the city and helped to create the city. The motto of the city is Quid Aere Perennius, which means What is more lasting than brass? in Latin."
1812

Most of the families in Windham County, Connecticut made their living working in the textile industry. They were known for their silk and woolen mills. The Pomfret Manufacturing Company was one of t …