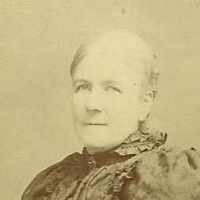 The Life of Margaret Plumbley

When Margaret Plumbley Lowe was born on 11 April 1844, in Yarmouth, Hampshire, England, United Kingdom, her father, James Lowe, was 33 and her mother, Mary Riddett, was 32. She married Henry Beckman in 1865, in Yarmouth, Isle of Wight, Hampshire, England, United Kingdom. They were the parents of at least 1 son. She died on 27 June 1904, in Brisbane, Queensland, Australia, at the age of 60, and was buried in Brisbane, Queensland, Australia.

Put your face in a costume from Margaret Plumbley's homelands.

The Crimean War was fought between Russia and an alliance of Britain, France, Sardinia and Turkey on the Crimean Peninsula. Russia had put pressure on Turkey which threatened British interests in the Middle East.
1867