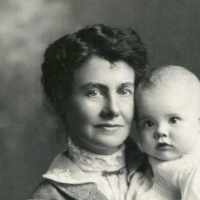 The Life of Edith Alice

Put your face in a costume from Edith Alice's homelands.

1 English: topographic name for someone who lived by the gates of a medieval walled town. The Middle English singular gate is from the Old English plural, gatu, of geat ‘gate’ ( see Yates ). Since medieval gates were normally arranged in pairs, fastened in the center, the Old English plural came to function as a singular, and a new Middle English plural ending in -s was formed. In some cases the name may refer specifically to the Sussex place Eastergate (i.e. ‘eastern gate’), known also as Gates in the 13th and 14th centuries, when surnames were being acquired.2 Americanized spelling of German Götz ( see Goetz ).3 Translated form of French Barrière ( see Barriere ).

Walter worked at various properties in the Inglewood area, and was the manager of an orchard at Highercombe, SA, before buying land at Gilles Plains in 1906. With son Stan, he grew top quality fruit a …