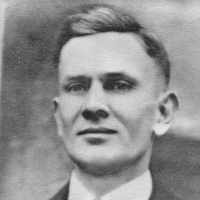 The Life Summary of Ariel Wilford

Put your face in a costume from Ariel Wilford's homelands.

MY CASE OF PLEURISY written by Ariel Wilford Hanson

MY CASE OF PLEURISY This is an account of an illness written by Ariel Wilford Hanson in 1910. This illness was from November, 1909, to June, 1910, and occurred during his mission that he served for …