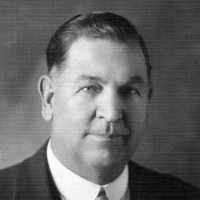 The first telephone in Bountiful was hooked up in the home of Richard Duerden, a shop owner and prominent business man in northern Utah. It was used to communicate between businesses in Ogden and Salt Lake City.

A landmark decision of the U.S. Supreme Court upholding the constitutionality of racial segregation laws for public facilities if the segregated facilities were equal in quality. It's widely regarded as one of the worst decisions in U.S. Supreme Court history.
Northern English: patronymic from the personal name Atkin .