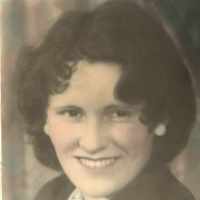 The Life of Roma

Put your face in a costume from Roma's homelands.

The No-Ni-Shee Arch was a temporary archway near the intersection of Main Street and South Temple in downtown Salt Lake City. The archway was built in 1916 for the Wizard of the Wasatch festival. The name No-Ni-Shee was derived from a mythical American Indian Salt Princess. Her tears caused the Great Salt Lake to be salty. The arch was dedicated to her and sprayed with salt water so that salt eventually crystallized on Main Street. The Wizard’s carnivals enlivened Utah’s summers for several years. The last Wizard of the Wasatch carnival was held in 1916, on the eve of World War I.
1919 · The Eighteenth Amendment

English: habitational name from places in Lancashire and Sussex. The former seems from the present-day distribution of the surname to be the major source, and is named from Old English scingel ‘shingle(s)’ + tūn ‘enclosure’, ‘settlement’; the latter gets its name from Old English sengel ‘burnt clearing’ + tūn.