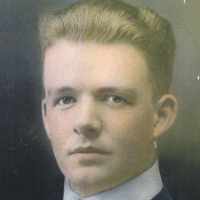 The Life of Ferrin Robert

Put your face in a costume from Ferrin Robert's homelands.

President William McKinley was shot at the Temple of Music, in the Pan-American Exposition, while shaking hands with the public. Leon Czolgosz shot him twice in the abdomen because he thought it was his duty to do so. McKinley died after eight days of watch and care. He was the third American president to be assassinated. After his death, Congress passed legislation to officially make the Secret Service and gave them responsibility for protecting the President at all times.
1907 · The Burro Mine

The Burro Mine was a large mining area that produced gold, silver, copper, and other valuable metals. The mine was dissolved involuntarily on November 9, 1974.
1912 · The Girl Scouts

VaLois Harris Bangerter From a book she had filled out. I was given my name VaLois because my Uncle John once went with a girl by the name of VaLois but she died. He suggested it to my parents. They …