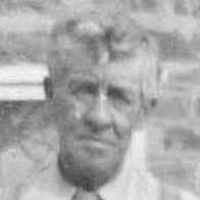 Prohibits the federal government and each state from denying a citizen the right to vote based on that citizen's race, color, or previous condition of servitude. It was the last of the Reconstruction Amendments.
1880 · School Attendance Becomes Mandatory for Children

English: habitational name from places in Lancashire, West Yorkshire, and Derbyshire, earlier recorded as Melver, and named from ancient British words that are ancestors of Welsh moel ‘bare’ + bre ‘hill’.