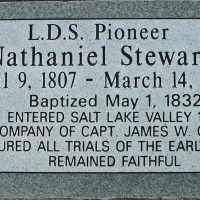 Nathaniel was born 9 April 1807 to James Stuart and Sally Fleshman near Danville, Casey County, Kentucky. He was the fifth child of seven children. Nathaniel's father, James Stuart was born …