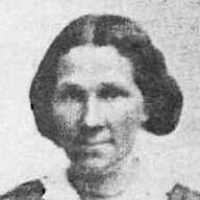 English: habitational name from any of various places called Stow or Stowe, all named with Old English stow ‘place, holy place, assembly place’ (a word akin to stoc; see Stoke ). In a few cases the surname appears to be topographic, denoting someone who lived by a church or monastery, from Middle English stow(e) ‘holy place, church, monastery’. Places in Buckinghamshire, Cambridgeshire, Lincolnshire, Northamptonshire, and Staffordshire having this origin use the spelling Stowe, but the spelling difference cannot be relied on as an indication of locality of origin. The final -e in part represents a trace of the Old English dative inflection.Americanized form of various like-sounding Jewish surnames.Chinese: variant Romanization of the surname 司徒, see Situ .

Written by Richard Neitzel Holzapfel, an Assistant Professor of Church History at Brigham Young University. He is the coauthor of many books and articles pertaining to Mormon history, including, Their …