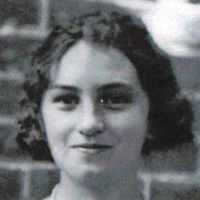 The Life of Lillie Ellen

Put your face in a costume from Lillie Ellen's homelands.

Being listed on the National Register of Historic Places, The Salt Lake City Union Pacific Depot dates to the more prosperous era in the history of American railroad travel. Originally called the Union Station, it was jointly constructed by the San Pedro, Los Angeles and Salt Lake Railroads and the Oregon Short Line. The platforms behind the station ran north-to-south, parallel to the first main line built in the Salt Lake Valley. When Amtrak was formed in 1971, it took over the passenger services at the station, but all trains were moved to the Rio Grande station after it joined Amtrak. In January 2006, The Depot was opened as a shopping center that housed shops, restaurants and music venues.
1916 · The First woman elected into the US Congress

English: habitational name from a place in East Yorkshire named Boynton, from the Old English personal name Bōfa + the connective particle -ing-denoting association + tūn ‘settlement’. Alternatively, the name may have arisen from Boyton in Wiltshire (recorded in Domesday Book as Boientone) or from Boyington Court in Kent (recorded in 1207 as Bointon), both of which are named with the Old English personal name Boia + tūn ‘settlement’.