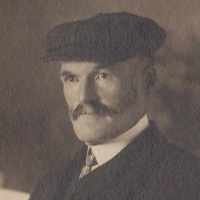 The Life of James Alexander

Put your face in a costume from James Alexander's homelands.

Being one of the two smallest railways in 1923, the Great North of Scotland Railway carried its first passengers from Kittybrewster to Huntly in 1854. In the 1880s the railways were refurbished to give express services to the suburban parts in Aberdeen. There were junctions with the Highland Railway established to help connect Aberdeenshire, Banffshire and Moray counties. The railway started to deliver goods from the North Sean and from the whisky distilleries in Speyside. With the implementation of bus services and the purchase of the British Railway the Great North of Scotland Railway was discontinued.
1857 · Police (Scotland) Act 1857

The Police Act 1857 was an Act put into place by Parliament to establish a mandatory police force in every county of Scotland.
1874 · Patronage abolished in the Church of Scotland.