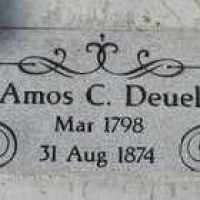 The Life Summary of Amos C

Put your face in a costume from Amos C's homelands.

Charles C. Rich Company (The Artillery Company) 1847 126 individuals were in the company when it began its journey from the outfitting post on the Elkhorn River about 27 miles west of Winter Quarters …