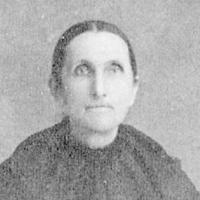 The Life of Rosannah

The Crimes Act was made to provide a clearer punishment of certain crimes against the United States. Part of it includes: Changing the maximum sentence of imprisonment to be increased from seven to ten years and changing the maximum fine from $5,000 to $10,000.
1826

German and Swiss German: habitational name for someone from any of the many places named with Middle High German rōr ‘reed bed’ or rōr ‘well’, ‘channel’ ( see Rohr ).