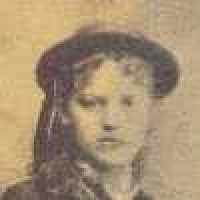 The Life Summary of Joanna Maria

Put your face in a costume from Joanna Maria's homelands.

Newt Craig, Maria Johnson, the Union Pacific and the Wild Wild West By Michael A. Lilly "I just finished reading Stephen Ambrose's book “Nothing in the World Like It” which recounts the construction o …