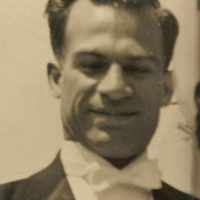 The Life of Augustus Gird

Put your face in a costume from Augustus Gird's homelands.

The Church of Jesus Christ of Latter-day Saints announced the Los Angeles California Temple on March 6, 1937.
1939

U.S. troops stationed in Western Samoa during World War II, but no battles are fought on the islands.

English: habitational name from any of various places, for example in North Yorkshire and Gloucestershire, named Bentham, from Old English beonet ‘bent grass’ + hām ‘homestead’ or hamm ‘enclosure hemmed in by water’.