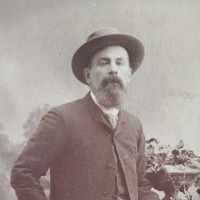 The Life Summary of William Sutton

Put your face in a costume from William Sutton's homelands.

English and Irish: variant of Cook .History: Francis Cooke (died 1663) and his eldest son John were passengers on the Mayflower in 1621; they were joined two years later by Francis's wife and other children. In the words of William Bradford, he lived long enough ‘to see his children's children have children’.