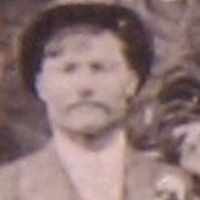 The Life of Luigi

When Luigi Altomare was born on 8 June 1868, in Mangone, Cosenza, Calabria, Italy, his father, Jospeh Altomare, was 15 and his mother, Louisa Bucemuzi, was 25. He married Maria Pugliese before 1900, in Italy. They were the parents of at least 2 sons and 2 daughters. He died on 5 June 1961, in Nelson, British Columbia, Canada, at the age of 92, and was buried in Natal, Sparwood, British Columbia, Canada.

Put your face in a costume from Luigi's homelands.

Italian: from a southern variant of Aldemaro, a personal name of Germanic origin, composed of the elements ald ‘old’, ‘wise’ + mar ‘fame’.