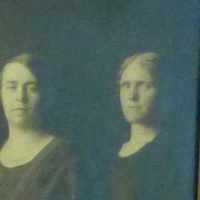 The Life of Ida Marie

Put your face in a costume from Ida Marie's homelands.

This Act tried to prevent the raising of prices by restricting trade. The purpose of the Act was to preserve a competitive marketplace to protect consumers from abuse.
1890 · Montana's First Hydroelectric Dam

Black Eagle Dam located in Great Falls, Montana was created in 1890. This was the first hydroelectric dam in the state of Montana.
1909 · The NAACP is formed

1 English: metonymic occupational name for a cooper or else a nickname for a rotund, fat man, from Middle English, Old French busse ‘cask’, ‘barrel’ (of unknown origin). The word was also used in Middle English for a type of ship, and the surname may perhaps have been given to someone who sailed in one. The byname seems to occur already in Domesday Book, where a Siward Buss, and a John and Richard Buss are recorded at Brasted in Kent.2 German and Swiss German: from a pet form of the personal name Burkhard ( see Burkhart ).3 Danish: variant of Buus .